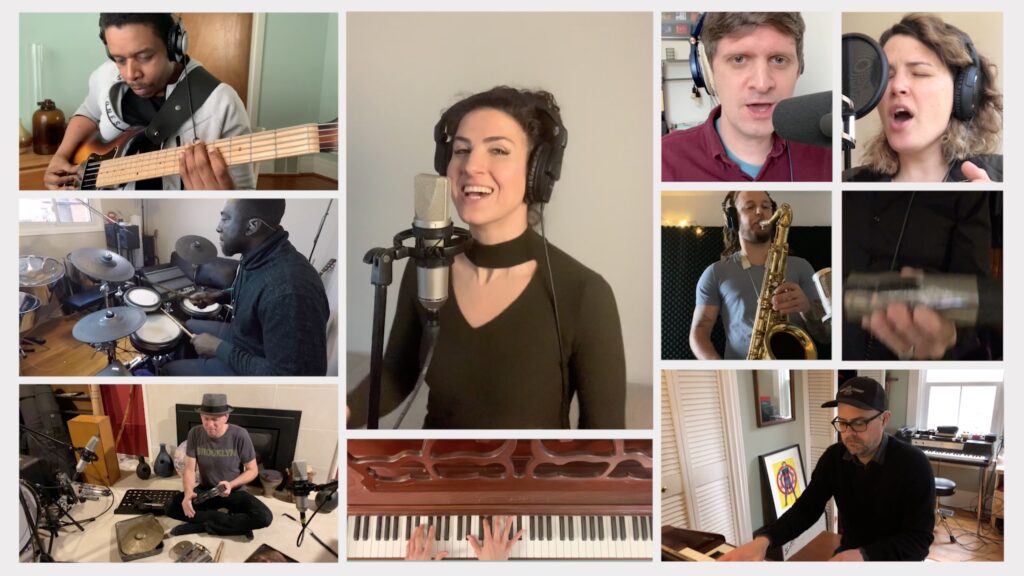 I’m thrilled to share that Out of Dust has been getting wonderful reviews around the world! Here are a few highlights:

“The album’s production is shimmering, the arrangements are lush and Biali’s voice – spanning registers – is pure and warm. She’s also fearless on piano and, above else, in her imagination. ★★★★” – DownBeat Magazine

“There’s no boxing Laila Biali in … Capable of making you laugh and cry all at once, her delivery Out of Dust is divine. 4.5 stars.” – All About Jazz

“Out of Dust sparkles like a soundtrack for spring.” – The Vancouver Sun

“Biali provides the positive, come-together messaging we need in these challenging times.” – PARADE (US)

“Out of Dust is another big step toward global stardom.” – JAZZ FM 91

“This is a big-sounding album … Everyone delivers” – London Jazz (GB)

Thank you for supporting Out of Dust by streaming, downloading and purchasing physical copies. This means more now than ever.

If we can’t tour the world, why not bring my songs to you via an online “virtual stage”? Introducing Quarantunes – live one-take videos captured individually by the world-class musicians who recorded on Out of Dust, plus special guest Rob Christian, who was set to tour the new release extensively. Each musician filmed and recorded themselves at home, and what you see and hear is a true compilation of these performances. Not a note has been changed, enhanced or added. Ben and I wanted you to experience a virtual stage where the performers get one shot, together, and this is the result. Special thanks to Maclean’s for featuring this new video series.

My song, The Monolith, was inspired by my cousin-in-law, Gwyneth Leech, and the story behind her construction painting series. The lyrics come from an award-winning mini documentary that tells Gwyneth’s story. You can watch that documentary here. Filmed by Southern Souls, this acoustic video was captured in one take at Trinity St. Paul’s United Church and Centre for Faith, Justice and the Arts in Toronto. Watch the video on YouTube here. *Special thanks to IMAGO Arts for making this video possible.